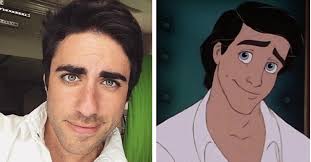 I met my husband in my late twenties. I had finished medical school and was doing a residency. I suppose, in my mind, that I felt “ready”, finally, for a serious relationship. However, there were no candidates on the horizon.

I remember clearly how I met him. I went on a vacation with my sister and her husband- I was the proverbial “third wheel”. The three of us went to Hawaii, a romantic destination under any circumstance. I met an American soldier, a handsome gentlemen, who took me out for dinner and walked me down the beach, to my hotel room. My heart melted. When he left, 7 days later, I cried.

Two days later, as I shopped in an outside bazaar, a handsome, tall man wearing nothing but yellow beach shorts and blue sandals sauntered by. I recognized him, and asked him if he was from my hometown. He replied in the affirmative, and passed along his hotel’s phone number.

On our first date, we went for dinner, and I allowed him to feed me. We met again, and again, and on our fourth date, as we sailed on the ocean, I fell in love.

When I returned from my vacation, he met me at the airport with roses and drove me home. We were then inseparable.

The signs were there if I wanted to see them- he insisted I get a completely new wardrobe, and I acquiesced in this regard. He thought my friends were dull, so I spent time and energy to have his friends like me. He felt reading was boring, so I read less and spent more time in activities of which he would approve. On our honeymoon cruise, he left me each night to visit the casino with a man that he had befriended. I was sad about this, but I accepted it. I tried very hard to become the woman that he wanted.

I thought that he would be really happy when I got pregnant 2 years after our marriage, because he had told me that he was ready to be a father. However, when I called him to give him the news, he seemed indifferent. Of course, he was pre-occupied with his pool tournament, in Las Vegas, at the time.

Although he was not a homebody at any time, things got a lot worse when I was pregnant. He went out almost every night, and he would come home at 2 a.m. on a regular basis. I would sit downstairs in our house, waiting for him, and I would become hysterical. I would try to call him on his cell phone and when I managed to contact him, I would cry on the phone and threaten to leave him. He would come home and tell me not to cry, he was just out with his friends, working late, or having a little fun at the casino.

My daughter grew up, and I worked hard at my job of doctoring and parenting. My husband and I enjoyed 1 date night each week, and I cherished the times together. However, after each date, he would drop me off at home, and then leave me so that he could go… somewhere, wherever it is, that he went.

It is shocking to me, now, to admit that I spent so much time alone, without the person that was supposed to be my partner in life. However, when you are in a bad situation, it becomes normal, and I somehow justified my husband’s nocturnal life. Of course, our marriage problems were not obvious to the outside world- when we went out, my husband was the most charming man, and of course, the best dressed. I would always receive compliments on how fortunate was I, to have such a man.

I went to counseling to figure out what I could do, to improve my marriage. The first counselor suggested that I dress in a sexier manner. I tried this, but it didn’t work. When I told my second counselor about my husband’s angry outbursts, she told me, in a straight-forward manner, that he didn’t love me. Oddly, until then, the notion that my husband did not love me had not occurred to me.

I told my husband that if he did not curb his addictive behavior and make an effort to be part of our family, our marriage would fail. He thought my tirade was boring, and ignored it.

When my daughter was 4 years old, my father was diagnosed with Alzheimer’s. The diagnosis did not shock me – it seemed I was the only person that recognized the onset of the symptoms. However, his radical decline was shocking. Furthermore, as I became involved to protect our family’s business interests, I was shocked at the unethical conduct of the business persons who my father had trusted implicitly. As I worked, successfully, to undo the damage, I felt the anger boil inside me, finally. The anger from my spoiled marriage boiled over into the anger I felt with my father’s diagnosis, and those vultures that had preyed upon him, in his most vulnerable time.

I really wanted a second child and I tried, for a short time, to conceive. After several months, I came to my senses. Having a second child with a non-husband was ridiculous. It was finally time to face reality.

Getting my husband to leave was difficult. He stayed with my daughter and me until he found a suitable place, about 6 months in duration. It was an awful, awful time. Although I had initiated the separation which I knew would result in divorce, I felt the greatest pain and the disappointment of the failure of the family which I had wanted so very badly.

I went to another counselor, funded by an employment program. As I was not financially destitute, dressed nicely and spoke in a relatively articulate manner, the counselor decided on our second visit, that I did not need to see him anymore.

I cried a lot. I took sleeping pills. I tried journaling. I cried more. I didn’t believe in organized religion, but I tried prayer anyhow. I took a meditation class. I went for walks, by myself, along a ravine. Meanwhile, I worked on finalizing all of our terms of divorce, and I continued working at my job, managing my father’s business interests and taking care of my daughter, to the best of my ability.

I applied for divorce, immediately upon eligibility. In due course, I received the divorce judgment. I didn’t look at it, but just filed it away.

After the divorce was finalized, I realized that I could speak, without crying or yelling, to my ex-husband. We both wanted the same thing, for our daughter to be healthy and happy. We started working together to make this happen.

It is now about 1 year since my divorce. I still sometimes cry, but I no longer fall to the floor, sobbing over broken dreams. I still feel sad and lonely, but I am starting to feel content more and more often. I finally consider myself and my daughter- just the two of us- to be a family. The prospect of the future – home maintenance, single parenting, re-entering the dating scene- all of that – is still frightening, but having weathered a storm worse than I could ever have imagined, I feel like I can now accomplish anything.

p.s. I recovered all the debt from the scumbags that had “befriended” my father during his most vulnerable time.