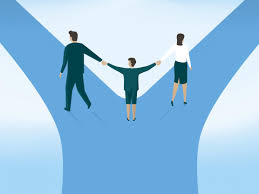 There are two primary reasons for getting a divorce. First is the case where a couple has experienced problems over a period of time that they are unable to resolve. A couple in this situation may have spent time working with a therapist or psychologist before determining that their differences are irreconcilable. This type of divorce is called a “no-fault divorce.” The other type of divorce, where one or both of the parties has done something to cause the divorce, is called a “fault divorce.”

Typically, a fault divorce is only granted on the proper grounds are present and at least one of the partners asks for it. However, if this is something you’re interested in pursuing, be aware that not all states allow fault divorces. In the states that do, there are certain grounds that must be present before a fault divorce can be issued, including – but not limited to – the following:

Cruelty or abuse to one of the spouses is one major reason for issuing a fault divorce. This occurs when one spouse intentionally inflicts unnecessary emotional or physical pain on the other. The case of adultery – wherein one spouse has an affair outside the relationship – is another cause that falls into this category. These two grounds are two of the most popular reasons for issuing fault divorces.

Desertion or separation can also be cited as cause for a fault divorce. This occurs when one party leaves the other for an extended period of time. This occurs when one spouse moves out of the marital home to live either independently or with another person. Traditionally this form of grounds can not be used to claim a fault divorce if the decision to separate and live independently was made by both partners together.

If one partner is confined to prison for a number of years, the partner that is free can use it as cause for a fault divorce. The free partner may decided that he or she wants to end the marriage and start the necessary divorce proceedings. Another similar cause for a fault divorce occurs when one party lacks the ability to engage in sexual intercourse. However, in both cases, the condition being claimed can’t have been disclosed before the marriage to file for a fault divorce. For example, a preexisting case of AIDS can’t be used as grounds if the affected partner disclosed it to the other before initiating marriage.

There are several reasons to choose a fault divorce, depending on your situation and the state you reside in. Some states require a forced separation period before initiating divorce proceedings, but potential fault divorce cases may not be subject to this requirement. In other states, a spouse that can prove the fault of his or her partner may end up with a greater share of the marital property or more alimony. For some, it provides a symbolic ending to an abusive or damaging relationship. Whatever your situation, it’s best to consult with a divorce attorney in your state to learn more about the specific options available to you.