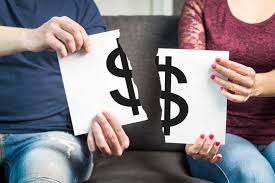 Of concern for many families is the rising cost of living. Unfortunately, that cost seems to rise even faster when a marriage breaks down. Many people have a hard time living within their means even where there are two income earners in the same household. When a marriage breaks down, supporting the family in two separate homes makes the task even more difficult.

Unlike businesses that usually budget for anticipated annual legal and professional costs, marriage partners and families do not budget for these things. When there is a divorce or relationship breakdown, the legal costs can become one more unwelcome burden.

In its September 2019 edition, in an article entitled “The Going Rate 2019”, Canadian Lawyer Magazine reported the results of their annual survey of legal fees. The results are from the information gleaned from lawyers across Canada who voluntarily sent in their responses to the survey. Across Canada the respondents reported the following ranges for fees:

In Alberta the respondents reported the following average costs:

The highest cost for a contested divorce reported by the Alberta respondents was an astounding $150,000. In Alberta, the reported range for an uncontested divorce, or what most people would call a simple divorce, was between $820 and $2,620.

Those involved in the legal process often seek to have their former mate pay their legal costs as part of the divorce proceeding. In negotiated settlements, where the parties reach a separation agreement through the negotiated efforts of their lawyers, the costs of the other party are usually the last thing that a former mate will agree to pay. Family Law Lawyers traditionally tell their clients that payment in the first instance is expected from that client.

Where a Court application is necessitated, a Court can order that the party who lost the Court matter must pay the other party’s costs. However, in family law matters, the results of a Court application or trial are often mixed. For instance, one of the parties may win on the issue of the custody of the children but the other party may win on the issue of the amount of support. In these cases the Courts will often decline to direct that either party contribute to the other’s costs because neither of the parties will have emerged as a clear winner.

If the Court finds one of the parties to be the winner, costs may be awarded against the unsuccessful party, who then has to pay the Court ordered costs to the other party. Those are the costs that are set out in a Schedule C to the Alberta Rules of Court, which in most cases, do not cover the winner’s full legal bill.

For instance, Schedule C provides that the limit of recovery in all cases when the matter is uncontested, for example in the case of a default judgment, is $500 plus disbursements. A successful party in a contested half day Special Chambers application, where most contested interim custody applications are decided, would be entitled to $1,000 plus disbursements for that application. Costs are higher of course in the event of a contested trial, depending on the steps taken prior to trial and the length of the trial. However, rarely do the costs set out in the Schedule approximate the actual solicitor-client costs. The balance of the costs are the responsibility of the client, regardless of his or her success in Court.

Statistics Canada’s most recent results, released in May 2004, show that in Canada in 2002 37.6 out of every 100 marriages ended in divorce prior to the 30th wedding anniversary. In Alberta, that number is 41.9 out of every 100 marriages. The Statistics Canada study also showed that custody of children was granted through Court proceedings in 28% of the divorces granted in 2002.

Ken S. Maynard is both a Family Mediator and a Certified Divorce Financial Analyst and practices in Edmonton & Toronto with Divorce the Smartway