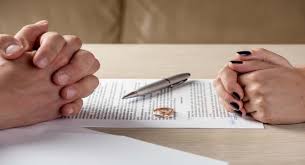 Alimony in Canada is commonly known as Spousal support is otherwise known a payment made by one spouse to his former partner. It is available to both persons in a marriage or in a common-law relationship. However, unmarried persons can only seek an order for the payment of spousal support in certain circumstances.

Unlike child support, there is no automatic right to spousal support. Whether it is paid, and if so, how much support will be paid, depends upon the circumstances. Usually, a party who is self-sufficient or is capable of becoming self-sufficient at the end of a relationship will not usually be entitled to receive spousal support.

In general, the court will take into consideration a variety of factors, including the following

After the applicant proves that they are entitled to receive support, the next question is, how much should she get? As a general rule, sum of spousal support is calculated with a view to the disposable income of the paying party and the actual needs of the recipient.

Just because a party receives an order for spousal support of, say $2000 per month, does not mean that the party will continue to receive this sum during her lifetime. Various factors to determine the length of time for which support payments should be made. For persons in long-term relationships, spousal support might be paid permanently. For example, imagine a scenario in which an age 60 female housekeeper raised a family of 5 while her husband worked as a dentist- she may have little ability to start earning income, and in particular, to support herself as her pre-divorce level. She may be entitled to spousal support for the remainder of her life. In contrast, for people in shorter relationships, particularly where the recipient is either working outside the home or capable of working outside the home, support may only be payable for a short, fixed length of time.

There are various ways that an order or separation agreement for spousal support can deal with the issue of time, including lump-sum payments, division of assets, review dates and escalated payments. You can discuss each of these options with your counsel.

Alimony in Canada aka Spousal Support