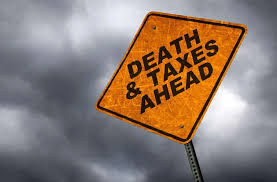 Welcome to the 21st century. Gone are the days when a pregnant woman could not appear on television. A magazine shoot of a topless model no longer evokes a gasp. The definition of marriage is re-defined. However, despite the exponential rise in the divorce rate, it would seem that divorce talk is the last taboo.

At a recent business luncheon, a female executive learned of my recent divorce. With a furtive glance sideways, she turned to me and whispered, “I am divorced, too”. Why was she whispering? Furthermore, why was I made to feel that we were discussing something so shameful that it could only be discussed in the privacy of our own female company?

Divorce is normally a traumatic event, and it helps to talk about traumatic events. Yet, unlike other life challenges, it seems that the world does not want to hear another divorcee “singing the blues”.

Why do people avoid involvement in divorce talk, even on a superficial basis? Do they think it’s viral, such that it could be transmitted by communication? We are taught throughout our lives that it is a positive attribute to recognize a mistake and rectify it. Yet marriage to an unsuitable partner and a resultant divorce appears to be the one mistake that is unforgivable, in the views of the community, notwithstanding the frequency and legality of the event.

Here is a challenge to the community-at-large: instead of making a divorced person run from the shadows and restrict their confidence to family and insulated support groups, how about we recognize the pain and suffering of this event, and bring Divorce Talk into the public sphere. Let’s dissolve this last taboo.

What can a divorced person do? Do what you need to do, to expunge the anger and sadness you may feel, over the event. At the same time, do not allow anyone to make you feel like your experience is less traumatic than it is. Don’t be ashamed of your change in marital status, and don’t be ashamed of any decisions that you made, or that were foisted upon you, in regards to your single status. Keep your head high throughout the process and maintain your dignity. If friends prove unsupportive, make an effort to make new friends, who can understand and deal with your change in life.